Find Your Own Sound 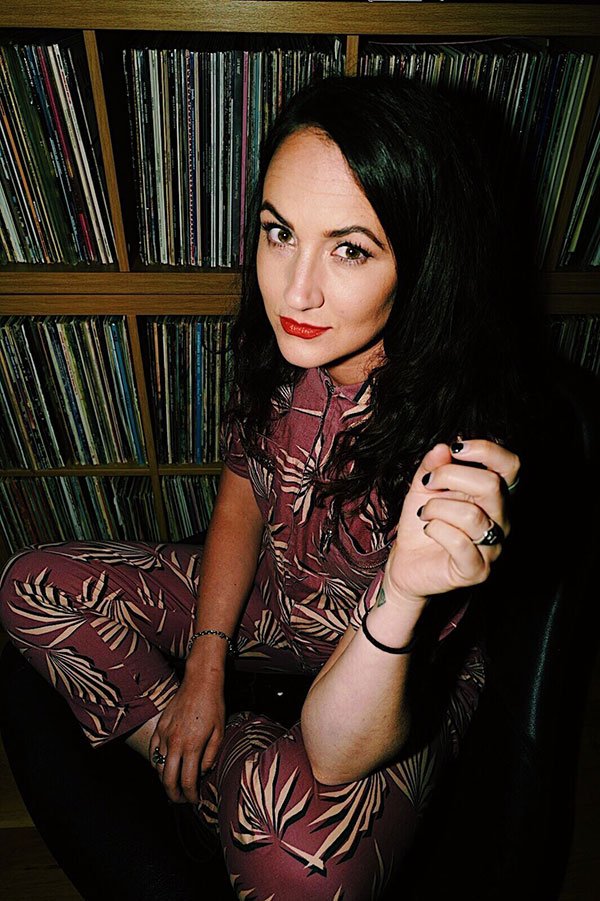 I help Electronic House and Techno Music producers improve their music, and find their own sound…

Past students have had their tracks signed and released, made albums, had DJ Mag Premieres and even had a Beatport genre top 10 since doing the course!

Do you get ‘stuck in the loop’?

Find it hard to finish tracks?

Want to make stand out music that’s phat and unique to you?

Want to effectively EQ, Mix Down, Remix and Sample?

Want to connect with other producers and help each other?

I created this course just for people like you

Suitable for any DAW

My music has been played by great DJ’s and on radio worldwide, Including BBC Radio 1 and BBC6Music. I’ve been Mixmag Techno tune of the month, and no 1 top House track. And I want yours to be too!

Scroll down for testimonials and more info about me…

Take the next step with your Music

Scroll down for testimonials from previous students…

Find Your Own Sound

The sessions are for people who have already mastered the beginner’s level and can create their own loops and basic arrangements, looking to improve their tracks and take them to the next level… 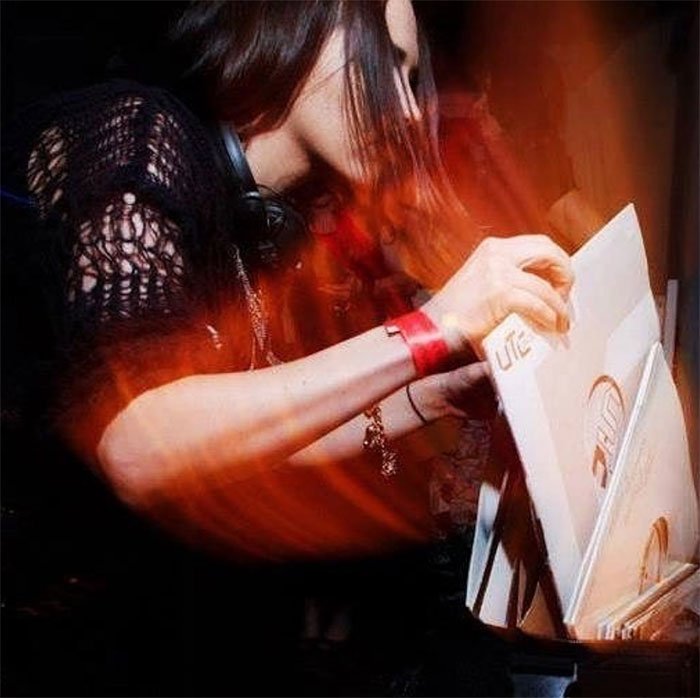 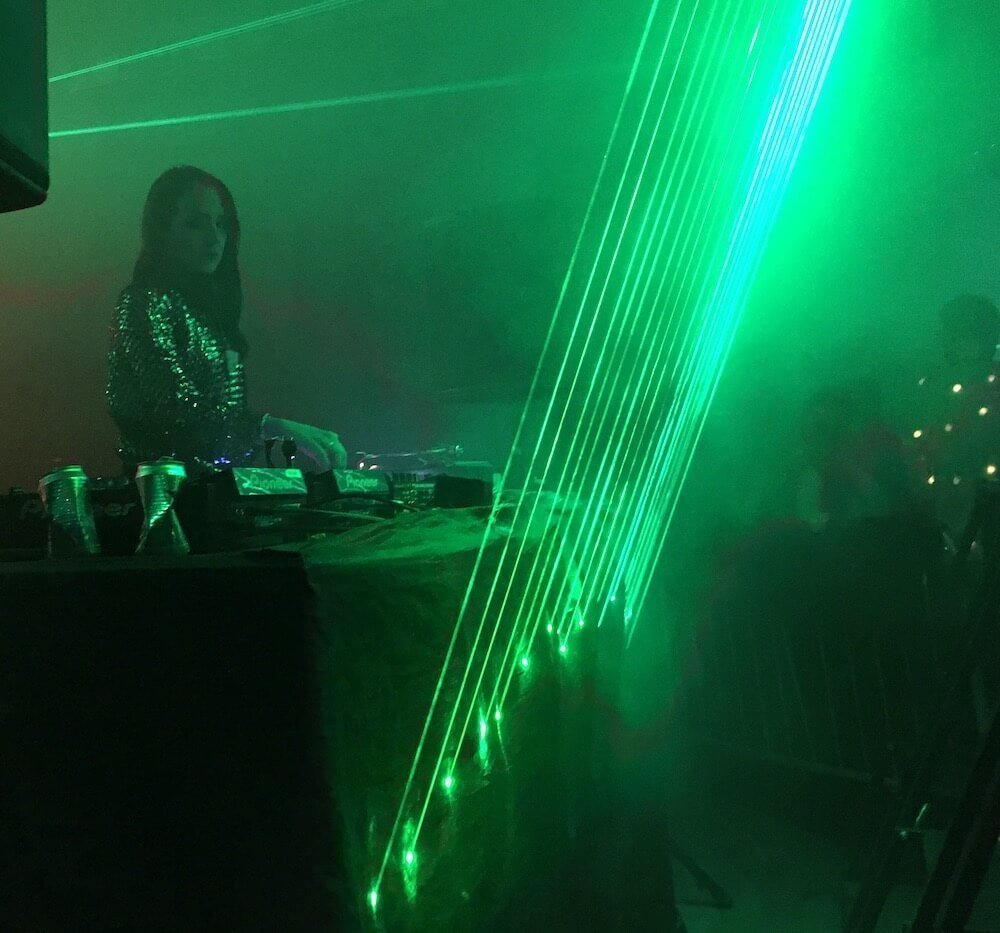 Understand how to use EQ creatively and technically, to make your music stand out from the crowd, and sound better on all speakers including club systems.

Learn how to use meditation and flow state to enhance your music making. Get out of your head and make release-ready tracks faster. 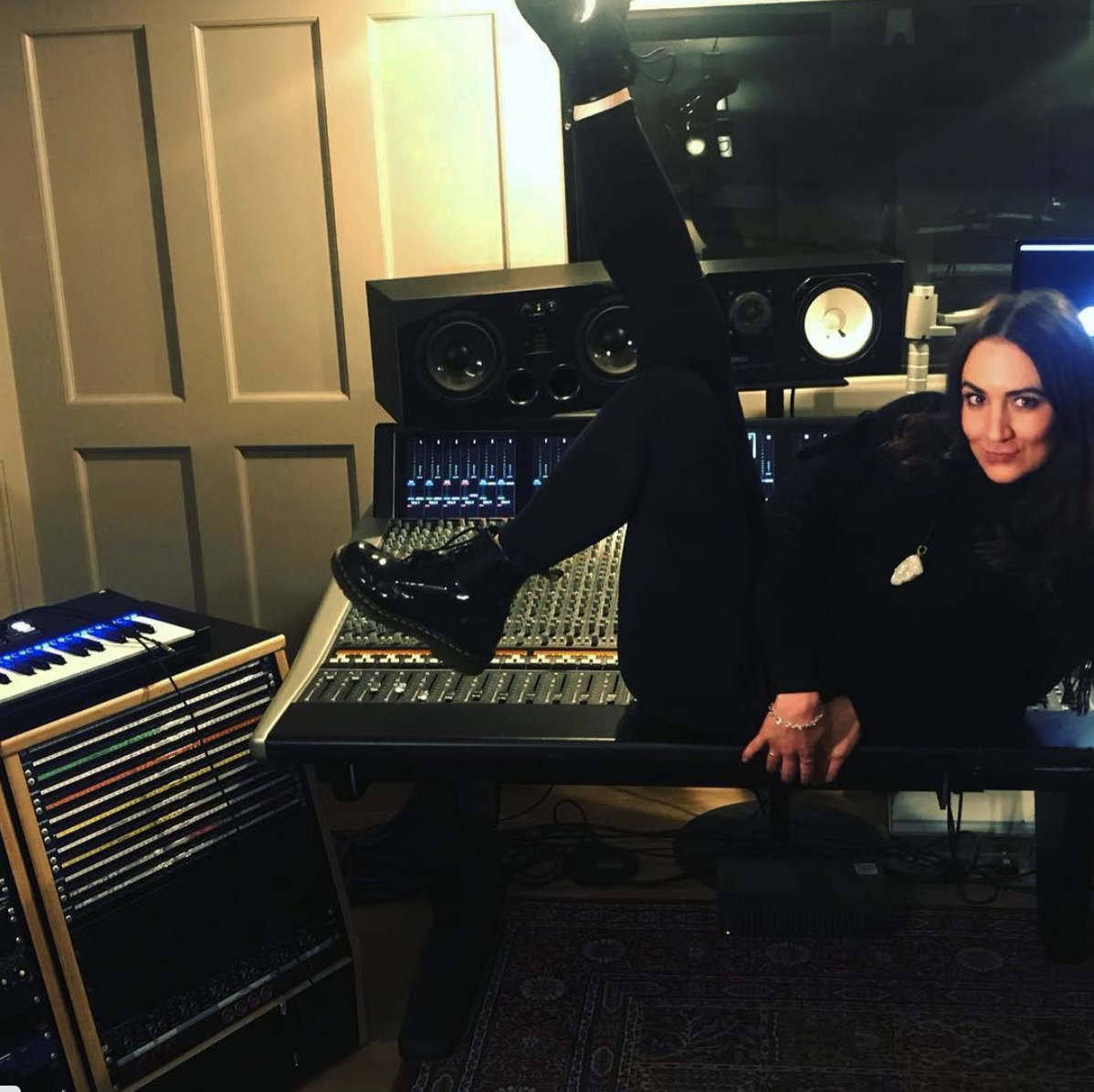 I don’t just teach you how to make music.

I teach you to make your music.

Find Your Own Sound: Make standout music you love, that's unique to you

Understand the arrangement process and learn tips for quicker arrangement

Understand how to use EQ Creatively and Technically

Remix like a pro, and remix your own tracks as a production technique

The basics of creating a Pro Mixdown

Get feedback on your tracks

I really enjoyed Ceri’s production masterclass sessions and would recommend it to anyone who’s at a mid/intermediate level and can lay down a track, but wants to take things to the next level in a relaxed and supportive group environment. I found the course super inspiring and motivating and met some really good people along the way too.

More testimonials  and more info about Ceri below…

Make an investment
in yourself and your Artist career 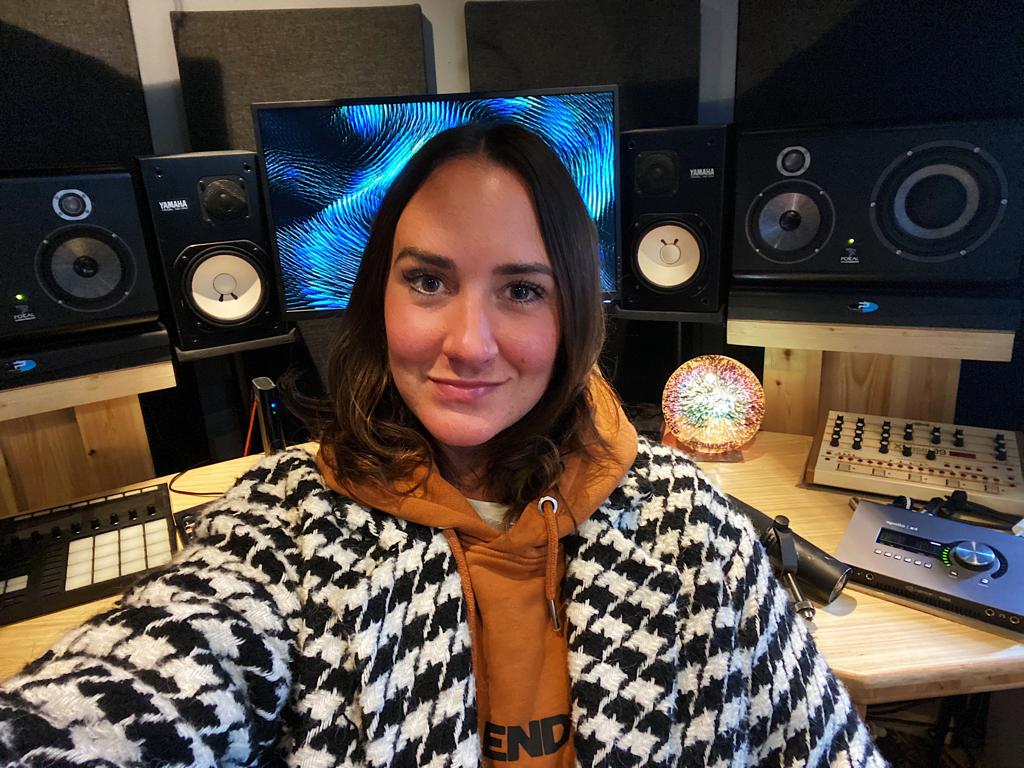 For a limited time only, now just

(Or pay with Klarna in 3 instalments on checkout)

I am ready to take my music to the next level:

These sessions are for people who have already mastered the beginner’s level and can at least create their own loops and basic arrangements, looking to improve their tracks and take them to the next level.

The masterclasses are not DAW specific because the techniques can be applied in any DAW, and will be demonstrated mainly in Logic Pro X with some Ableton Live. They are also not necessarily genre specific but will be mostly demonstrated with Chicago House / Detroit Techno vibes tracks and Dance Music. Past students have made all styles of Dance Music, Electronic Pop Music, Medicine Music and more.

The first class is a chance to hear Ceri’s Top Tips for Music Production, followed by an open discussion / opportunity to ask Questions. The following sessions will go into more technical detail.

Scroll down for more info about Ceri…

Private sessions are available on request »

Leave your email address and name here to be the first to hear when the next masterclass starts.

Scroll down if you want to leave us a personalised message, ask a question, or enquire about private sessions…

“After doing music for so many years, I wanted to take my production further. I now have a much better understanding of EQing and Arrangement, which was explained in great detail. If you're serious and want to push yourself further, I can't recommend this enough. From using what I learned in the masterclass, I got a track ready that was then signed to a label„

Slide
★ ★ ★ ★ ★
I learned things I could have never worked out alone

“I travelled all the way from Scotland, to learn from Ceri. She helped me to improve my arrangements, and mixdown skills, learning things I could have never worked out alone or from youtube videos.
She certainly knows her stuff and mixes the academic and vocational sides of music production in a way that helps it effortlessly stick in your mind. She explains things in a way that makes the complicated seem simple and will not stop until your tracks are sounding phat, original and ready for release. Definitely recommend it„

“Thanks so much for the course, it was really interesting and followable! Really you‘re the first person who could give me such an understandable overview on how to do a basic mixdown„

“I highly recommend Ceri's musical services. Some of the most inspirational moments i've had in a studio, with one of the best that knows her shiz. Get past the incense sticks and Himalayan salt lamp she licks once a day for purer beats. Ceri's approach to teaching the art of twisted, dark sexy house will no doubt one day be front page material on Virgin Experience Days. Book now or surprise your producer wannabe bestie„

“To have a professional DJ who has been in the industry for a decade be my first teacher, I couldn’t be happier! So thanks a lot Ceri„

“The community feel of the classes provides different perspectives in producing, opening minds to different ways. Ceri's tips in track arrangement makes it easy to understand and efficent.
My personal favourite is the sampling and remixing class, her methods of sampling truly makes sampling fun and addictive.
Highly recommended for anyone getting into music production or producers looking to pick up new ideas„

Slide
★ ★ ★ ★ ★
invaluable insights and tips that made me more confident

“Amazing structured and beginner friendly lessons, that helped me develop and improve my DJ and production skills. Ceri gave me invaluable insights and tips that made me more confident and allowed me to achieve the necessary skills to boost my DJ and production progression. I have now released my first single and would definitely recommend to anyone who wants to improve those skills efficiently„

“Amazing structured and beginner friendly lessons, that helped me develop and improve my DJ and production skills. Ceri gave me invaluable insights and tips that made me more confident and allowed me to achieve the necessary skills to boost my DJ and production progression. I have now released my first single and would definitely recommend to anyone who wants to improve those skills efficiently„ 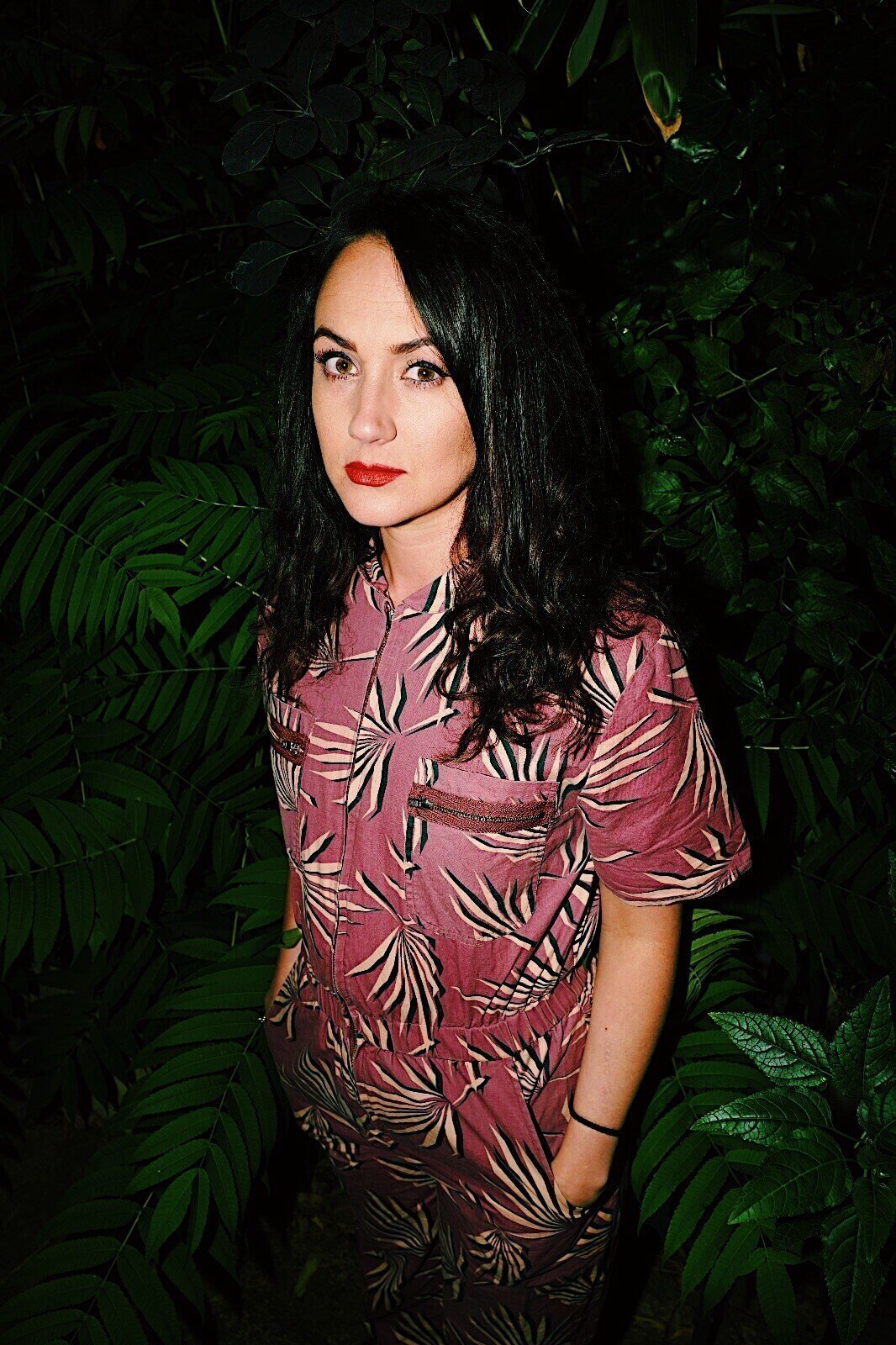 She is based between London and Ibiza, and DJ’s at some of the worlds most revered clubs and parties, such as; Amnesia, Pikes, Cova Santa, Fabric, Printworks, XOYO, Oval Space, Pickle Factory, DC10, and Junction2 Festival to name but a few.

She releases music on many record labels, including sold out vinyl releases on her own label; Find Your Own Records (featuring remixes from Fred P and Mr. G). Her music is supported by some of the best names in underground electronic dance music; Ricardo Villalobos, Ben UFO, Midland, Move D, Jamie Jones, Richie Hawtin, as well as achieving worldwide Radio Play including BBC Radio1 and BBBC6Music.

Get exclusive mentoring from Ceri and learn from her experience in the industry.

If you have any questions, send us a message